In April I started a Low Spend Year and shared an update after three months.

After tracking my variable expenses for a while I had learnt a lot about my priorities. For example, I thought family experiences were what I valued, but I was spending little in that area compared to what I was spending on stuff.

I had also thought of certain spending as being “non-negotiable”, like outsourcing the weekly clean! It was so “non-negotiable” that I counted it in my fixed expenses and did not track it here as part of the challenge. Six months on, I’d rather keep the money I usually spent on that and put it towards our financial goals or the sports activities we do as a family.

As I said in my last post, I’m not going to win any frugality prizes with this challenge – and I’m not competing against anybody. It’s an exercise in intentionality more than anything. I’m challenging myself to see if I’m really getting value from our spending.

So I am excited to take stock again and see what the last three months of saving and tracking has taught me.

How has it been going?

You can read more about the principles I’ve been following in my Ultimate Guide to Doing a Low Spend Year.

I set budgets for three areas of discretionary spending (Food, Stuff, Family Experiences) and also allowed myself to keep a couple of luxuries that we valued in our fixed budget.  Other than that, everything discretionary had to come out of those three budgets, including holidays (from “Family Experiences”) and gifts, things that the children need or items for the home (from “Stuff”).

I’ve been overspending, overall, since the start of the challenge, but I know that I am spending less than I would if I weren’t doing the challenge and learning a lot along the way, so this is no reason to give up.

During the month, I don’t track where I am compared to the budget but I scrutinise each purchase, asking myself:

Then I take stock at the end of the month.  Here’s the round up:

In total over the three months I’ve spent about £400 more than the previous three months.

This includes spending that I had not foreseen in the three variable categories: transport costs for visiting my office more, and money on a course for my personal development.

Although I’ve spent more overall than the first three months, I’ve also managed to invest more than £1000 more. This is because our childcare costs have gone down and I’ve also gone back to working 5 days a week.

I’m pleased that we didn’t give in to “lifestyle inflation” and end up spending more of the extra money.

One creative way to lower our costs on house items and gifts was to convert the air miles I’ve banked through years of business travel into Nectar points, which I used at Sainsbury’s, eBay and Habitat. We have never travelled by plane as a family and don’t have plans to, so it was good to get some value from these points.

We’ve also accepted that there are certain things we are not doing this year, like holidays away and improving the garden.  Amazingly we ended up still being able to have good experiences without spending.  My partner was gifted a holiday from his boss for some extra work he had done.  I also received an award at work which I used to buy a table for the garden that had been out of stock for years.

Being on a Low Spend Year is still pushing me to be a bit more patient and flexible. It’s really worth it when I see that I can make better progress towards our goals. For example, instead of buying books I’ll save the titles and take the time to request that our library orders them.  I’ve also just signed up to a 3-month free trial to Kindle Unlimited after noticing a few interesting titles available there.

I started this challenge out very much on my own, looking at my own spending.  This is because my partner has a more relaxed approach to spending and I thought it would be too stressful to track or encourage him to reduce his outgoings.

But really, most of the variable portion of our spending is under his control as I tend to cover the majority of the bills.  This means that to really make progress towards our goals, we need to both be more focussed on reducing spending.

One positive change is that, even though I haven’t been tracking his spending, I’ve noticed him being more careful with spending, for example picking up yellow stickers at the supermarket  to put in the freezer.  The other day I logged into Netflix after a friend recommended a show and saw that he had cancelled the subscription. I was more impressed with him for doing that than I was annoyed that I couldn’t watch the show.

When our childcare costs dropped off, this gave us the impetus to set up a new budget and we agreed that from now on we would both contribute to a joint account covering the household variable spending (food, clothes for the kids etc). This will mean we will both have sight of this and can review it together, while also having our own accounts for our own spending.

What has also helped has been agreeing the areas of spending that we are happy to splurge on because they bring us a lot of joy. For us it’s eating well (at home), our family gym membership and Lego!  On the other hand, we spend very little on clothes, holidays, going out, because they don’t make us very happy at this stage of our lives.

What have I learnt?

While I started out setting budgets, in reality I try to keep my costs low (or

I’m more open to spending on our wellbeing and development than I was at the start of the year.  While I’m scrutinising our spending more, I’m also making sure that I’m getting the most value from it.  For example, making the most of memberships, whether that’s using our family gym membership or putting into practice things that I’ve learnt.

I love how Tiffany Aliche from The Budgetnista talks about the importance of focussing your spending on your needs and loves, instead of your wants and likes.

I know that I am splurging on some things more than I ever have during this Low Spend Year.  At the same time, I’m also ruthlessly cutting out things that don’t matter to me right now, like new clothes or homewares.

The fact that we are running into mid-Winter and Christmas will create challenges for the “stuff” category.  There will be gifts to buy and new sizes of warm clothes will be needed for the children.  I’ll try to buy secondhand and use offers/cashback where I can as well as put some bank switch income towards this.

I’m excited to see what difference it will make to track our household expenses together – watch this space! 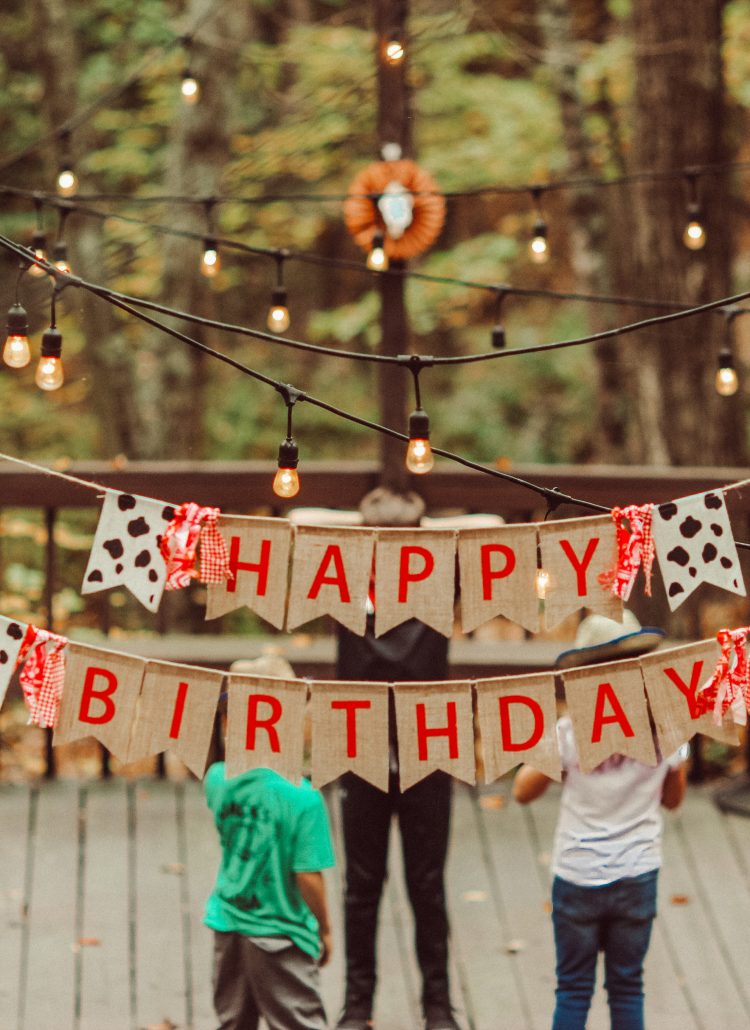 Planning an Amazing Eco-Friendly Birthday Party on a Budget 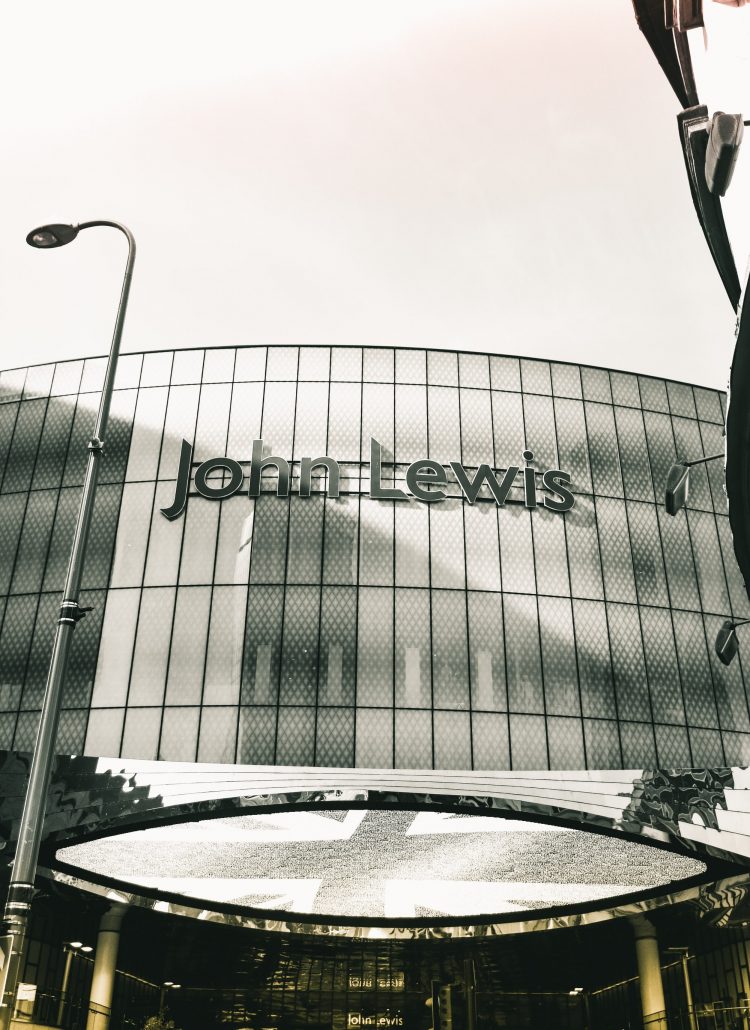 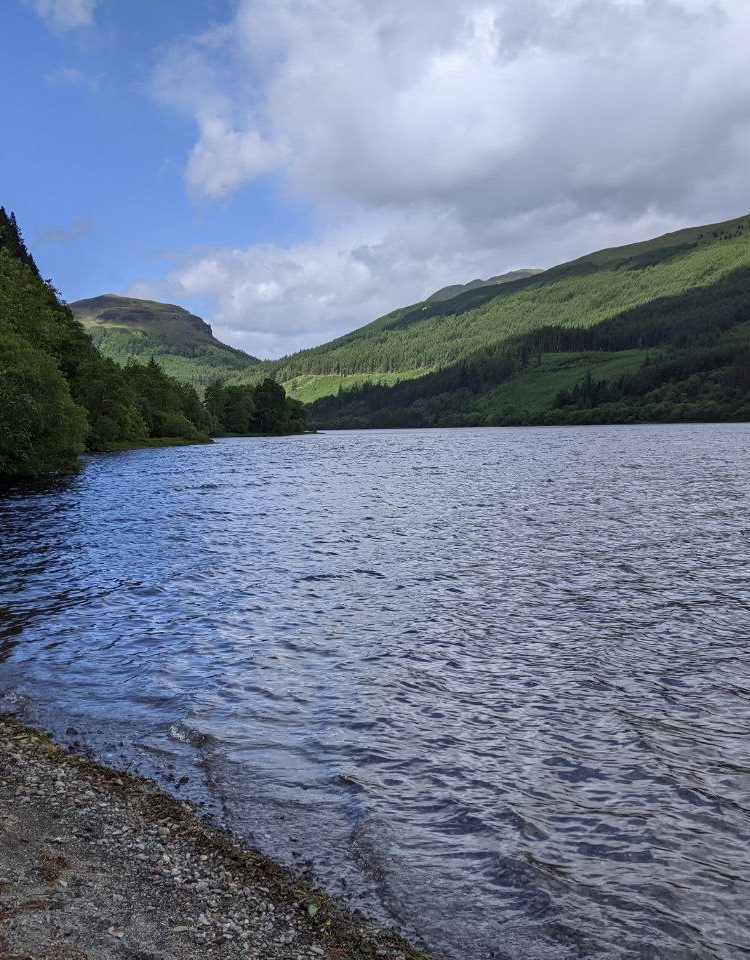 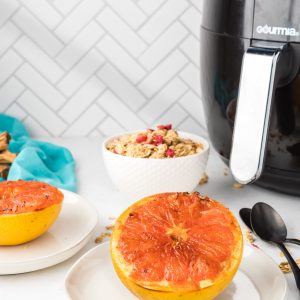 6 Ways Our Air Fryer Saves Us Money: Or, How I Found Love in My 40s 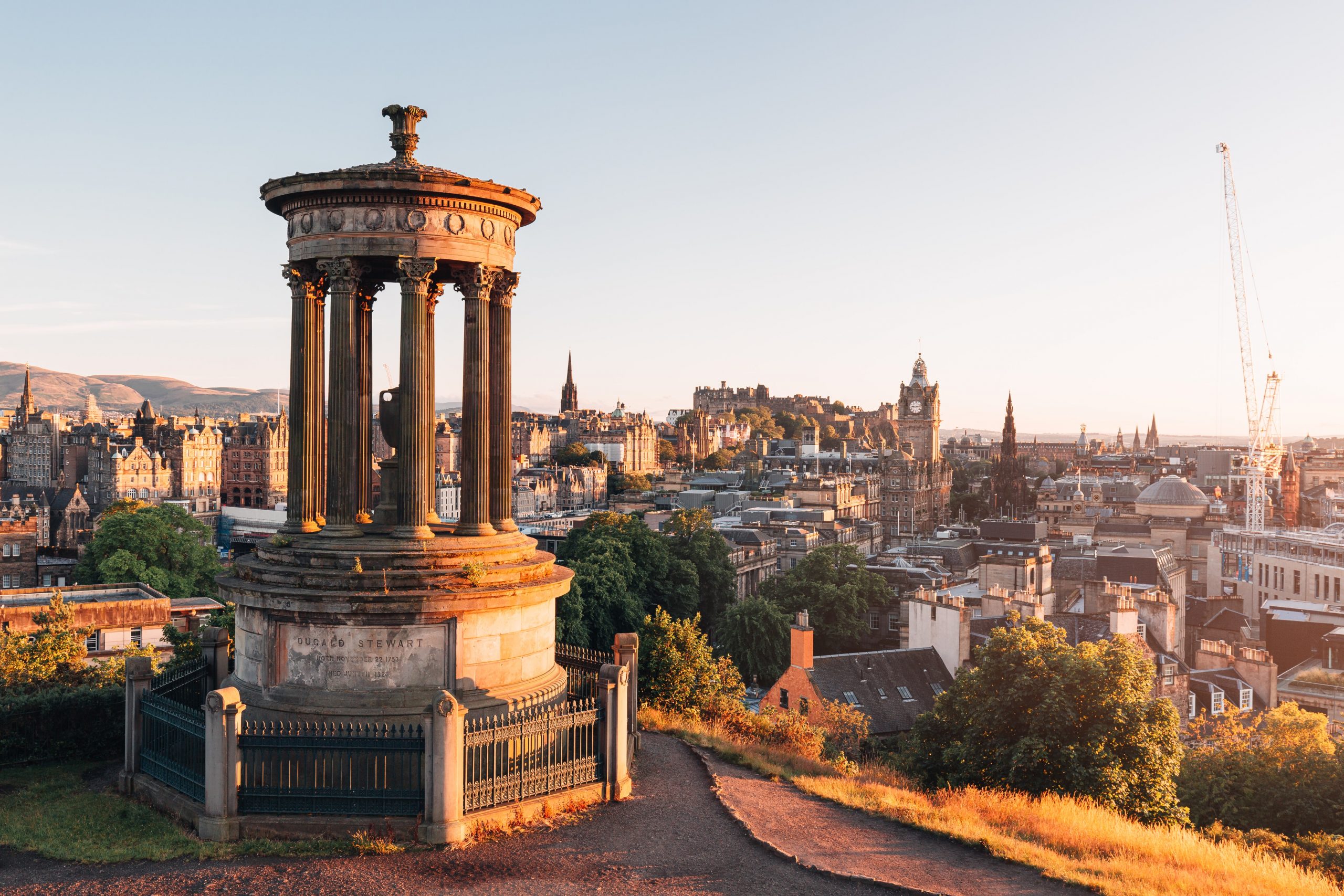 I'm Annie. I'm a mum of two living in Scotland. I also work in the field of business ethics and sustainability. On Home in the Green I share our family's journey towards financial independence and living a lower impact lifestyle.

My mission, with Home in the Green, is to show that you do not have to pay a premium to live sustainably.

In fact, there are many ways that we can have a lower impact on the planet, and these can also help us to build wealth.

In this blog I share the strategies I have found to do this, from embracing minimalism to ethical investing. 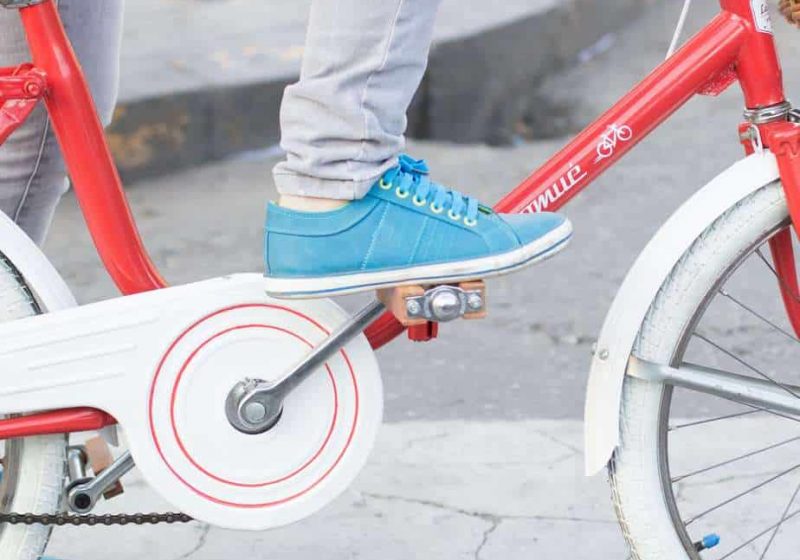 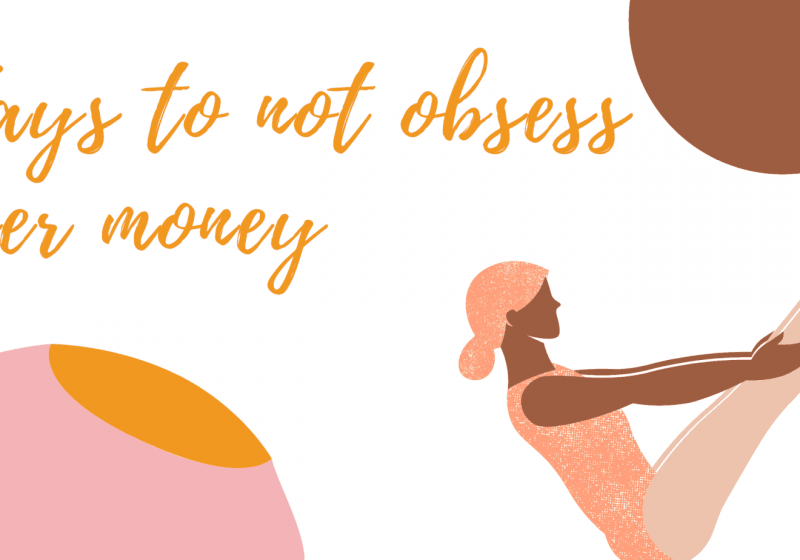 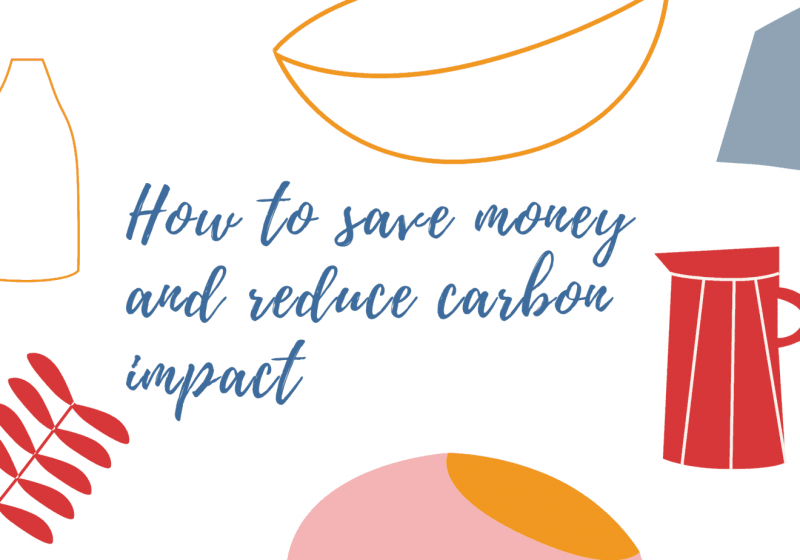